Well I cant believe that its been a month since we took A Square World to Singapore… and what an adventure it was!

After the 13 hour flight we arrived in good spirits, there was no arguing on the flight, Jon behaved himself. Well to be fair we mainly just sleep, which is a shame as I always try and catch up on my movie watching on long haul flights.

But we landed and were met by our most amazing Artist Liaison, the wonderfully funny and warm  Nor. She made our experience in Singapore so easy and was incredibly funny.

Over the course of 7 days we had 6 performances and delivered a Masterclass, so we also had time to explore what Singapore had to offer.

As well as performing as part of Octoburst we also took to the show out to the Arc Children’s Centre. This centre is supporting children who are undergoing treatment or recovering from cancer. 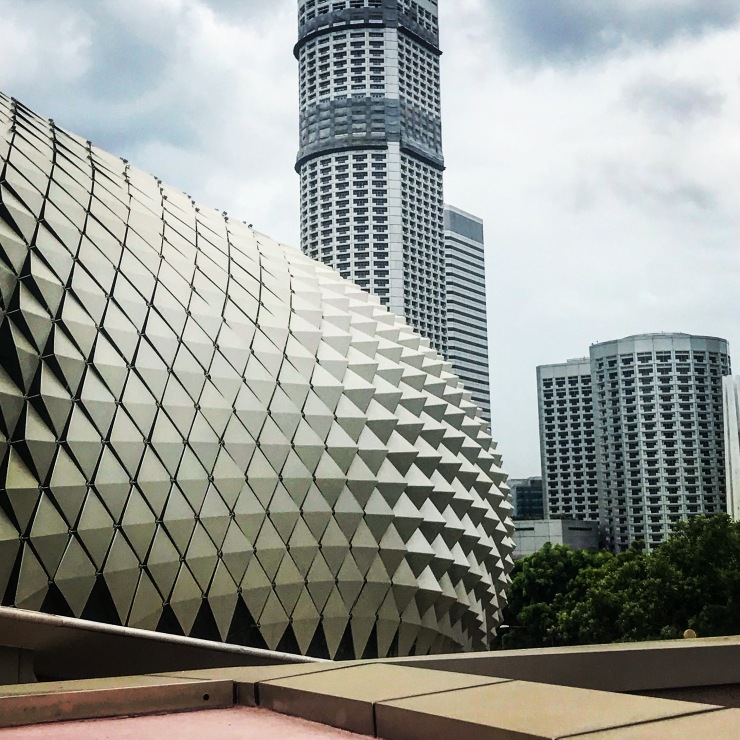 Of course with the children’s immunity being low, we had to take precautionary measures to stop the spread of germs. I don’t think myself or my chair had been so clean. It was such a great way to start our time in Singapore, it was perfect setting and reasoning for why we made this show in the first place, a story of being left out through no fault of your own.

We met lots of amazing artists through our masterclass and got a real sense that they were thirsty to think about their own practise and how they can make work that is more inclusive, a varied and diverse of people and arts practise.

Every show was sold out, there were waiting lists! Always a great feeling. The audiences were so incredibly appreciative and thankful. After every show we were swamped with people wanting their photo taken… it was like being papzz’d but by 4 year olds.

ArtJam, a student-run publication that aims to introduce the local arts scene to students and young people came along and wrote up a review.  “Though the show is pitched as a show for children aged 3 to 6 years old, I was certainly enthralled to relive my childhood memories” You can read the full review HERE

One audience member’s dad wrote a review of the show straight after he came out, titled ‘A Square World’ Is Storytelling At Its Purest. You can read it HERE but my fav quote will always be

“Despite his slightly confrontational look; beard, tattoos, flesh tunnel in one ear, septum ring through his nose, his utter sincerity shone through the accoutrements and the kids couldn’t wait to be near him. Much like his look, Daryl’s performance wasn’t soft or cuddly either; the sinews in his powerful arms bulged and the sweat poured off his brow as he gave everything to these kids in a truly, deeply impactful performance”

Outside of the work thing, we did as much exploring of Singapore that was humanly possible (Thanks to Jon and his pre-planning) within the time we had. We ate at the hawkers, we ate in Little India, we ate in China Town, we ate pizza… we ate a lot…. food is a big thing in Singapore.

When we weren’t eating we were sightseeing. We went on long walks around the city, we went to the Bays on the Garden, we watched the city light up at night and we went on rollercoasters at Universal Studios.

The most memorable adventure was to Haw Par Villa! OMG it was amazing and surreal. It’s an 8.5-hectare Asian cultural park, the last of its kind in the world. Built in 1937, the brainchild of Aw Boon Haw, who invented Tiger Balm. It’s basically a very steep hill covered in hand made massive and oversized retro statues that are hard to describe! This eclectic park is a treasure trove of quirky yet enlightening crazy shit. With a whole gory section dedicated to the ’10 courts of hell’

There was so much of Singapore we didn’t see, but for 8 days we were made to feel like locals thanks to the wonderful Esplanade team of Glenda, Rachel and Nor.

It may have been a month ago but the memories are still as vivid as if it were yesterday. 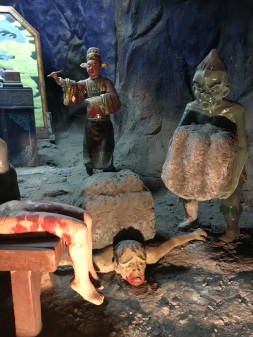 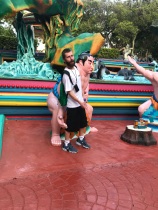 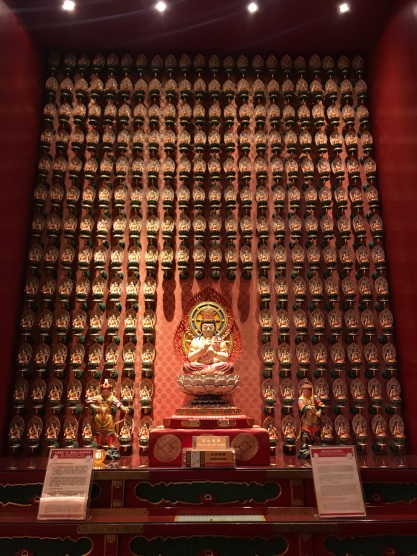 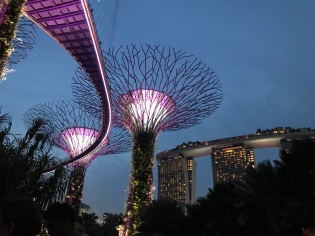 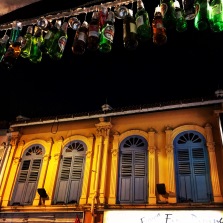 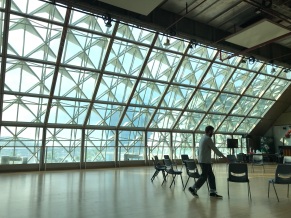 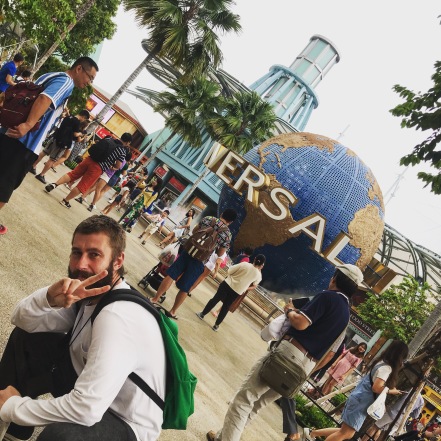 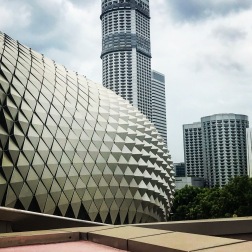 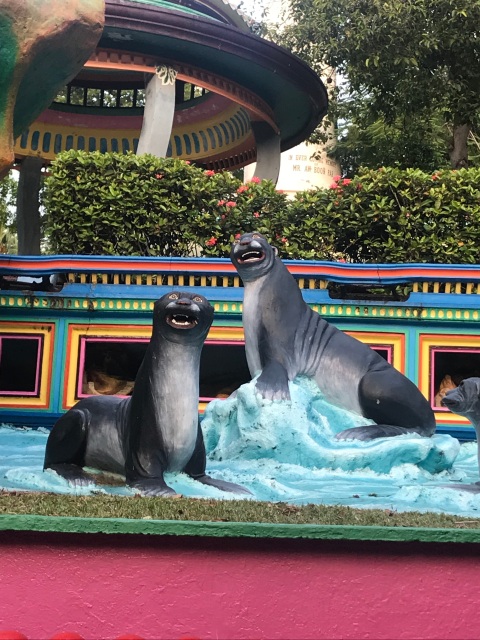 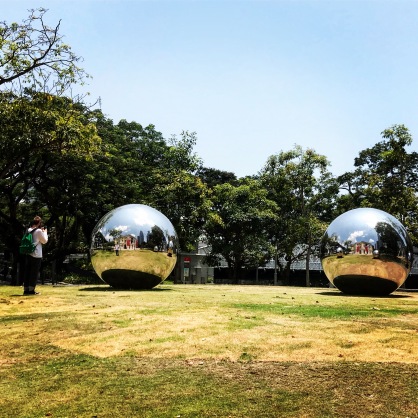 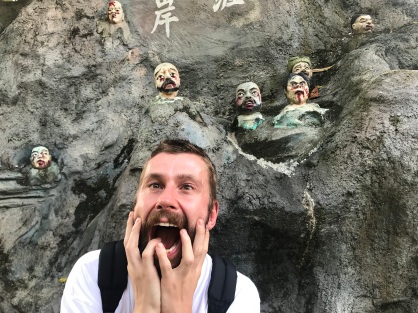 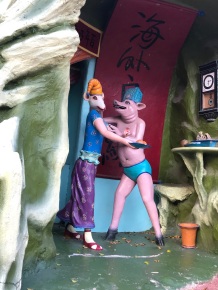 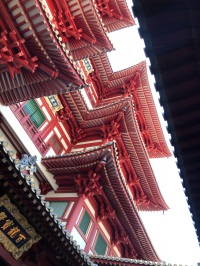 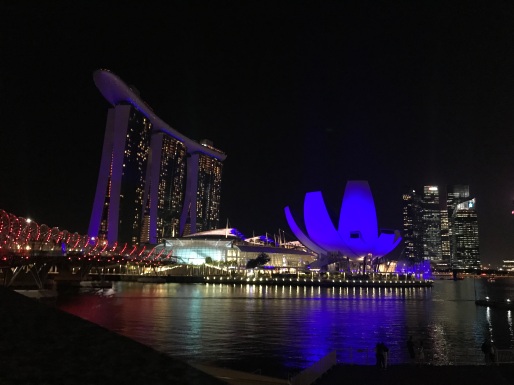