I returned to Karachi this November for the third phase of a project I was working on for Graeae theatre Company in partnership with British Council. (You can find out about my last visit here)

Again I am compelled to challenge our western view of Pakistan, after spending 2 amazing weeks working and meeting some of the most welcoming and talented people, and after a long flight home, the first person I encountered was our taxi driver who’s first comment upon hearing I had just returned from Pakistan was “How many terrorists did you see?”. Having arrived home the day after the awful atrocities in Paris, the notation of leaving a ‘terrorist’ country and arriving back in the supposed ‘safety’ of Europe was lost on the taxi driver. Yes Karachi is a volatile city but I never encountered such biased comments or bigotry towards the British whilst I was there, lets not forget the British Empire were foreign invaders for over a century in the territory of modern Pakistan.

He then continued to ask if we had converted to Isalm because myself and Jon have beards, again my reply “No we just work in Hoxton” was lost on him. He had his view of what Pakistan was and unfortunately this view is constantly fuelled by our western media. 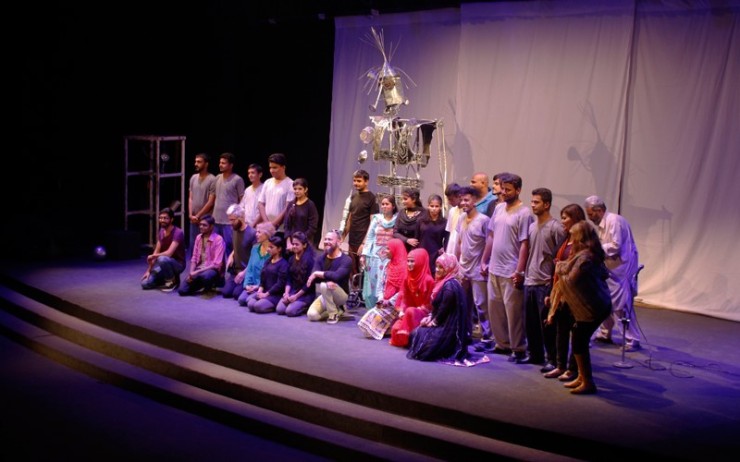 Anyway, enough about the taxi driver! For this phase of the project we returned to work with a group of young Deaf and Disabled performers to explore inclusive theatre making which resulted in a public performance at the National Academy of Performing Arts, Karachi.

We also worked with local artists and teachers to share practice and try and demystify the art of making theatre that is creative and accessible to all.

Pakistan is a wonderful place to work, the people are keen to know more and are truly trying to breakdown the barriers to the arts. Yet the systems in place for the Deaf and Disabled young people I worked with meant that they were used to be ‘instructed’ rather than ‘facilitated’. By this I mean they were used to being told what to do, where to stand and how to act. So the biggest challenge was to get the group to generate their own creative ideas that would be the foundations of the devised show we would create together. 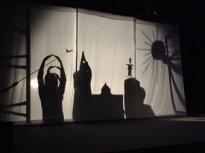 If you are always told what to do and then are asked, what should we do? or What do you think? or even asked to share you ideas  for the first time it can be very challenging. In the UK  I am used to young people putting forward far to many ideas and not always listening but in Karachi it was the opposite.

Yet at the end of the first week, as a group, we broke that cycle, ideas and individual voices emerged, people voluntarily put forward creative ideas. They took to the challenge with great enthusiasm and day by day the 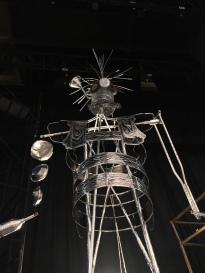 As always getting the performance ready in such a short period of time is  exhausting and as always the young people completely pulled it out the bag and were amazing.

But more amazing was seeing a mainstream theatre in Karachi with such a wide and varied mix of people in it’s audience, for the first time Deaf and Disabled people were on its stage and in its audience. 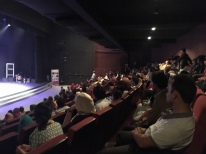 The challenge now lay in the hands of the Karachi arts scene, it is for them to take this project on and make it grow, to continue it, to support it and to make sure this is not a one time opportunity. They now need to train and provide opportunities or Deaf and Disabled theatre makers,  they’ve seen what can happen in two weeks now imagine what can happen over a generation.

Finally here is a short video, filmed and edited on my phone! There will be a film of the performance (professionally produced) soon which I’ll share as well.